It’s been quite a journey, these last 7 years…

I remember making that infamous Zombie phrase in a friend’s apartment the night before the first audition. I recall convincing the producer to put an exclamation point at the end of Fela’s name so that people might pronounce it right. In reflection I see brilliant flashes all of the amazing artists whose sweat blood and prowess made this show what it is; the famous yellow fever solos and less than glorious disasters transgressed by the will of a story to be told, an urgent energy to be released- on multiple continents.

Now I watch from afar as this tour comes to a close, in Oakland of all places where I was first initiated into African & Modern dance before moving on to New York where I happened to open a door for the legendary Bill T. Jones, joined his company and subsequently he opened a universe for me… and for all of us.
To give proper weight to the sheer immensity of this experience- the making, and re-making of FELA! would require a series of volumes, including stories from workshop productions at Alvin Ailey, Ballet Hispanico and 37 Arts, off-Broadway, FELA! on-Broadway, the National Theater of London, the European tour, NIGERIA! at the Afrika Shrine and EKO, the first national tour, and the present tour.

Where does this wild journey lead? What has this creative struggle, with its serious challenges and epic moments prepared us for? How can we define the significance of FELA!’s legacy on cultural consciousness- in dance, music theater or social activism?

Each and every one of you is the answer. Every song you write, design you dream, class you teach, collaboration you inform- this is the stuff art is made of. Stardust, so elusive, is our life force, our very composition, but only those who have felt the power of a star in full burn can know that it is composed by a collection of star dust on fire. By being part of this production you have illuminated the souls in observance – otherwise known as audiences- and inspired the colleagues you link arms with tonight. Cry, for you will miss them. Reminisce on what went down, what was shared here, and your stake in all of it. Remember how each show surpassed what seemed impossible before you knocked on Fela’s door & became part of Kalakuta, before you claimed the ‘aesthetic of the cool’ or, as we discovered in Lagos, the aesthetic of HEAT! Laugh because this journey is what dreams are made of. Most of all, be proud that you are forever a part of the fabric of possibility.

With these words, I stand before you and bow deeply, with great reverence.
Wishing I could see you all take your final bow, and dance out the last horn riff of Gentleman as I always did, disregarding most of my notes by curtain call because your open hearts carry the coffin and that means everything.

In you I see a thousand moons, I see ten thousand people whose efforts lent themselves to this production in some way throughout the years, and I see millions of people moved. If only ‘the clock’ could measure the scope of how many lives have been touched by this work, it would tick wildly with the power a people who devoutly believe Music IS the weapon of the future and indeed, the future is now.
BRAVO! KALAKUTA, BRAVO and ENCORE!

This is not the end, its merely a SHORT BREAK ;;-) 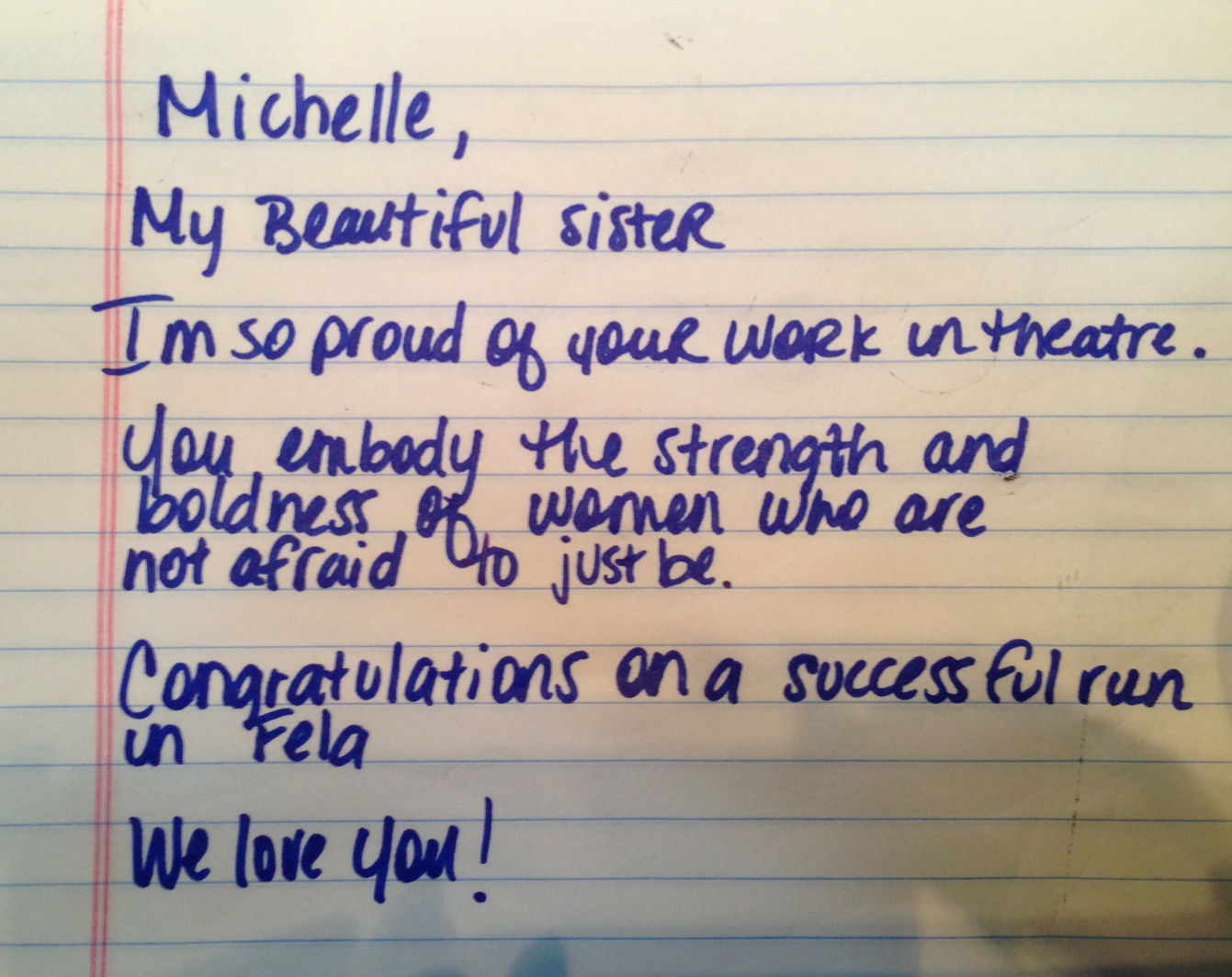